Disclaimer: This page may contain affiliate links, meaning I earn a small commission on direct purchases through them. You do not pay any more because of it. Please see my Privacy Policy, etc. page for more information. Thanks for your support!

No, that’s not a typo. Read this first.

In case you missed my stressful video, I have some basic pointers that I didn’t think about until it was too late.

Price of Equipment I bought

Obviously, prices may have changed over time & depend on what you pick out. I just thought a starting point would be good.

I had acquired a $500 sponsorship before I even had a chance to order equipment, so while I didn’t break even, it’s still not bad.

Here’s what the cords for my microphone set up looks like:

To see my tripod set up, see this post.

Both of these will allow you stream from multiple cameras if you want to. You can also upload graphics (& sponsor logos), photos, and video that you can turn on & off during your live stream. For example, if an interview is getting long & boring, you can click a button to play a video (with or without sound) that you previously uploaded to your editor. This way, you’re still getting that interview live, but you don’t have to watch a talking head the whole time.

A con for all of these will be the learning curve. Plan to test it before you need it so you won’t stress about it. Like I did…

Anyways, here’s the software I looked at & the prices at the time:

I went with Cinamaker to offset my initial costs as the Switcher Studio plan I’m looking at is $588. Update: Now that we have the right equipment, I switched to Switcher Studio the next year.

StreamYard is another popular choice, but you’ll need to use your browser as they don’t have an app.

There’s a Sponsor for That

As I mentioned in in the Chamber pros group, I sold a sponsorship before I could even put the proposal together!

I watched Frank’s interview with the Nixa Chamber, and they have a really snazzy Facebook Live series for their Ribbon Cuttings. The next morning, I pitched the idea to my CEO, along with the budget and sponsorship idea of $500 (I might see if I can get $750 next year).

While we were still talking about it, a member walked in and ended up wanting the sponsorship deal. All I did was show him an example of a Nixa Chamber video and said “we’re going to do that.”

His response? “Bill me.”

After he left I was able to put together a teaser image of what it will look like:

I created the image overlays in Photoshop, because I prefer the look of a transparent graphic (without the white box on logos). If you can’t do that, then don’t be afraid to just leave it and just go with what you can do.

I also wanted to pre-make the image so I don’t have to worry about moving text boxes around every time I go to do a video. What I mean by that is the Facebook live logo, sponsored by text, and sponsor logo are combined into one file/photo.

This was literally the only benefit of their $500 sponsorship. Their logo in on every Facebook Live we do for ribbon cuttings in a calendar year. (I also tag their Facebook page at the end of the post.)

I plan to also do other Facebook Lives where we can promote other event sponsors or members, but it’s not a part of this sponsor’s package.

Another example is Katie Stice from Rancho Mirage Chamber. She has a waiting list of sponsors for her various video series. She charges (at least initially) $2,500 for 20 videos.

Interviewing your ribbon cutting host live is a great way to help them reach more than just event attendees. The interview shouldn’t be too much of a change, as they should have planned to speak to event guests anyways. Things they should cover:

Tip: Meet with speaker as soon as you get to the event. Let them know what you’re going to ask, but don’t rehearse it too much. People like live videos because they’re more natural & unscripted.

But what about the interviewer? Chances are you’ll pick the most extroverted person on your staff, which is fine. But once you have a video you can reference, why not open the spot up to your Ambassadors?

While they shouldn’t talk much about themselves, it can still be a good way to get their name & face out there.

When they get the microphone they should quickly introduce themselves as, “Hi I’m Izzy with Business, and I’m a Little River Chamber Ambassador. I’m here today with Ribbon Cutting Host -” and move right into the event host.

Drop a link to yours in the comments! 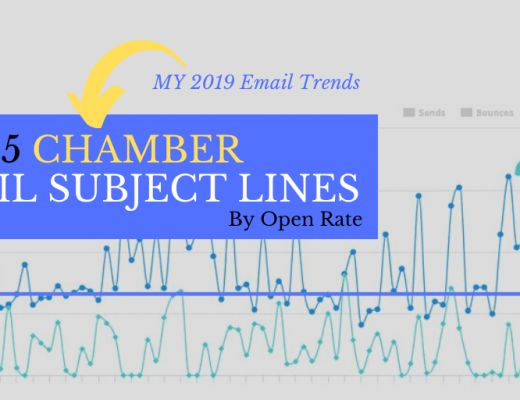 Top 5 Email Subject Lines from My Chamber in 2019 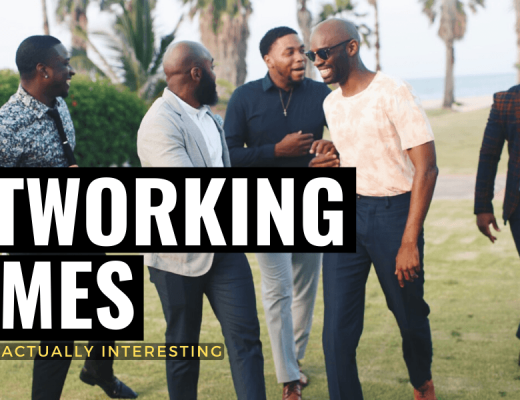